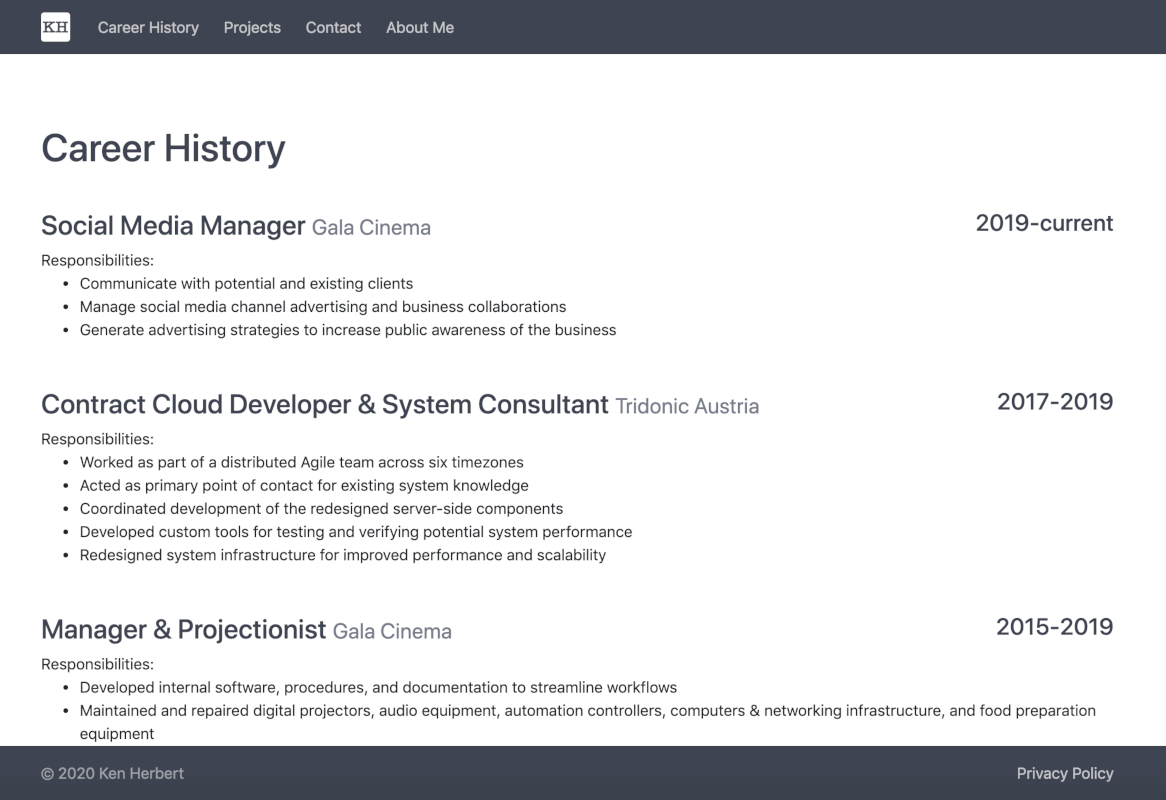 A showcase for my work in web and software development.

I built this website both to fill a need, and to learn a new technology.

The need was that I decided to move my old website due to rising managed hosting costs, and in the process I wanted to change it from being just a home for my software, but also make it a portfolio of all my works. The old website used Wordpress, but I felt it would be much better to have something a little more handcrafted.

At the time I had also just (re)learned Python, and wanted to check out one of the available web frameworks, so after a bit of research I picked Django. I then found a nice tutorial to get me started and jumped into it.

After that I built on what I had learned from the tutorial to create the rest of this site.

The live website is hosted on PythonAnywhere, which is a great solution for running just about any Python-based software from a server.

The basic tutorial was completed in two days in early October 2019.

Other features and modifications were implemented in my free time over the course of the next few months during my first real European winter.