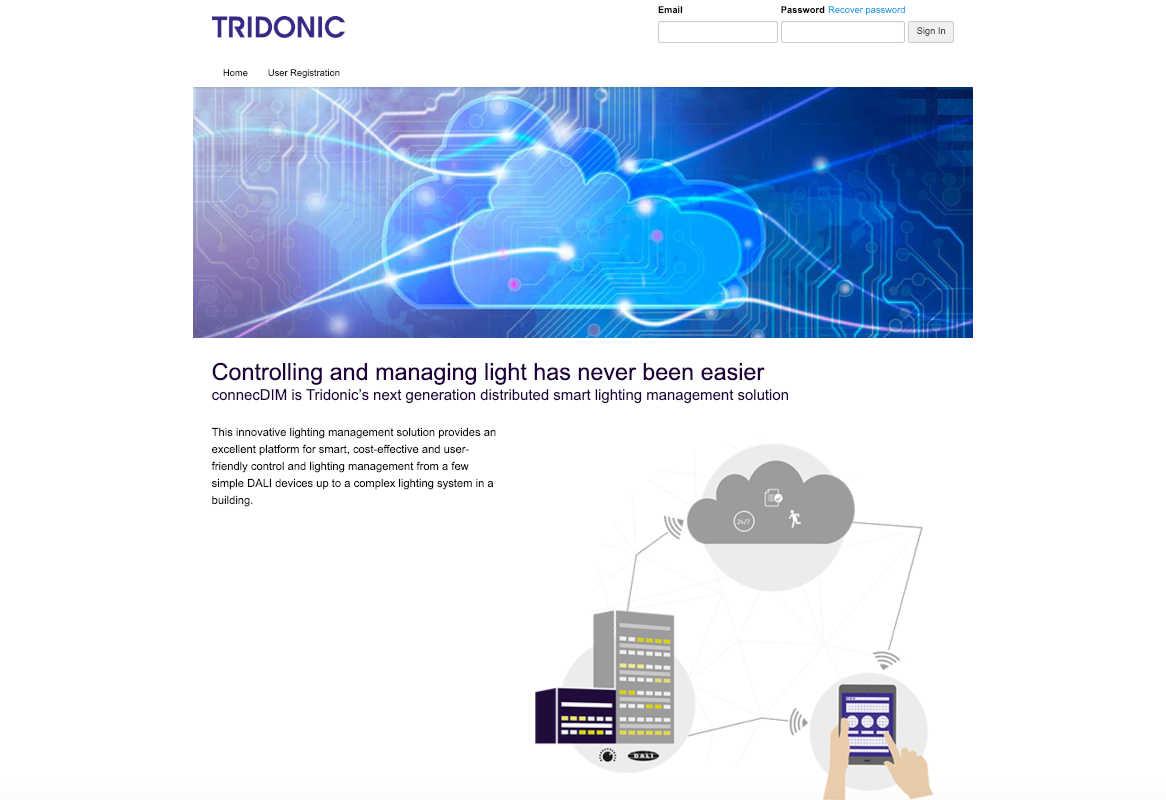 System for control, management, and reporting of remote Tridonic DALI lighting installations via a centralized cloud.

The system has major installations in some iconic buildings across Europe, the Middle East, Australia, and New Zealand.

Development of the cloud component was started in late 2012 with myself as sole developer.

Over the next few years the team grew, ownership of the product changed, and our target market was also modified from residential and small businesses to larger retail and industrial applications.

Thus the product underwent continuous development and growth with myself as the lead developer until 2017. The product was then officially announced as being in end-of-life support, after which I was kept on as a freelance developer and consultant to assist in performance improvements until 2019.